Keith D. Smith
Keith Smith is a York County native who was raised on a large farm in Glenville, PA. He graduated from South Western High School in 1980 and immediately joined the concrete construction industry, working for his brother’s concrete construction company. Keith started as a laborer and worked on a variety of concrete construction projects from pouring flat floors, excavating foundations, casting poured concrete walls and columns…to foundation installation. He worked hard and honed his skills in the field learning how to use equipment, finish concrete, manage people, and create quality work while maintaining a profit.

At his former employer, Keith was promoted to foreman, then moved into the office as an estimator and eventually became Vice President. This experience taught him the gamut of concrete construction and enabled him to hone his skills as a concrete craftsman and corporate manager. In 1994 he decided he wanted his own company. Keith and his wife Ellen started Keith D. Smith Concrete Contractor, Incorporated. He later launched L&S Formless Curb Company to focus exclusively on curbing. His current daily duties include scheduling of employees, equipment, jobs, overseeing estimating, and job procurement. 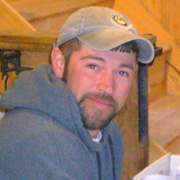 Patrick A. Lucabaugh
Patrick is a 1998 graduate of South Western High School and is a York County native as well. Patrick started working for Keith D. Smith Concrete while in high school, and upon graduation went full-time. He matured as an employee moving from laborer to manager, and has been key to ensuring that work is completed on-time, on-budget, and with top quality.

As an operating partner of L&S, Patrick manages employees and projects in the field, schedules all work, and is also involved with estimating and project management in the office.